FREE FOR THOSE WHO PAID FOR THE PAMPHLET
If you are one of those superkind people who paid (no matter the amount) for the pamphlet version when it was PWYW, you should be able to download the zine for free using the same link. Let me know if you have problems and we will short it out.

The year is 1889. After months of deliberation, a Constitution is about to be approved, giving absolute power to Emperor Meiji. In the last two decades, there have been profound political and social reforms that have cleared the way for “modernization:” the abolition of feudal privileges, the establishment of European-style political, police, and judicial systems, restructuring of the army, etc. But not everyone is happy with these changes.

In these convulsive years, yokai sightings and encounters have increased tremendously. Some blame the barbarians, others accuse nostalgics of the bakufu times, and a few even dare to hold His Majesty responsible. The truth is nobody knows the reason behind the uptick in sightings for sure.

The Yokai Gari Kai, or Yokai Hunters Society, has been around for centuries, gathering brave people from any social stratum willing to fight these abominations that lurk in the shadows.

The adventures you can play range from facing the monster of the week, to complex investigations or political plots, to routine cleansing jobs. A horror-genre approach to the game’s stories is recommended, with bonus points if it gestures towards the psychological horror characteristics of many Japanese films and comics.

This game was created as an entry for the Goon Jam, and it's based on Tunnel Goons by Nate Treme.

- Fixed the Antagonists section to clarify what Ray Otus (thanks!!) pointed out in his review.
- Simplified the curse die rule to prevent it from being too powerful.
- Traits added to the random hunter creation table.
- Minor changes in the equipment table.
- Added Spanish version.

In order to download this TRPG game you must purchase it at or above the minimum price of $4 USD. You will get access to the following files:

There’s a discrepancy in hunter creation: in both the zine and the pamphlet, under equipment, the player is instructed to roll for their third item from the random item table. However, they are instructed to roll 3d6, but the table is 2d8. Easy enough to fix at the table, but jsyk!

Hello, my name is Francisco and I have translated Yokai Hunter to Brazilian Portuguese (the PWYW pamphlet). If you are interested in also making a translated version of the Zine version, please contact me. Btw, the game is great!

wow! That’s great, Francisco. Thanks! Let me know when you publish it so I can link it here.

I have only the text and it's already finished. I posted on a Facebook group during a minimalist game translation jam. When I get the Zine version I'll check the differences, translate the rest, then send you the text.

I also have the link for the original translation but don't know if I can post here.

great! I can lay it out and post it here if you want

Set in the Meiji era is wonderful!

Entertainment with the theme of the Meiji era is rare in Japan. There are many works dealing with the late Edo period (Bakumatsu) and Taisho era...

I'll translate and play your game!

Thanks! Hope you enjoy it. Let me know if you have any feedback when you play it.

Thanks, John! An updated zine version is coming soon!!

What an incredible little production this is! It's beautiful. It seems useful at the table. It explores an interesting and under-represented genre. Great stuff.

Thanks a lot, Ray! 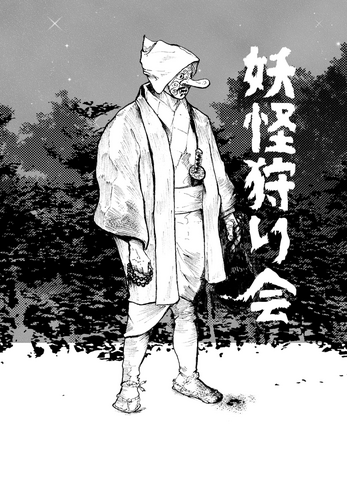 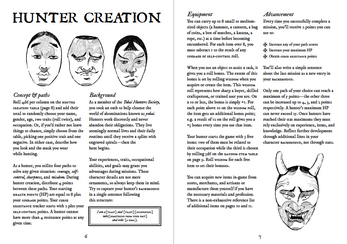 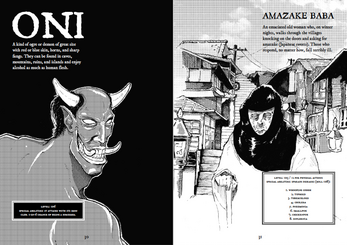 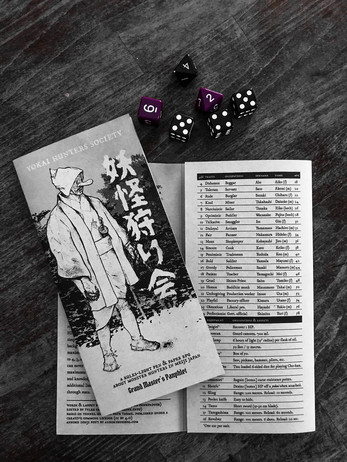 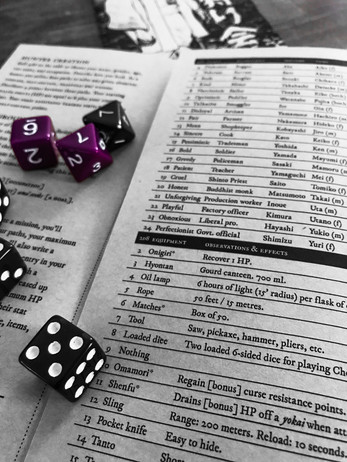